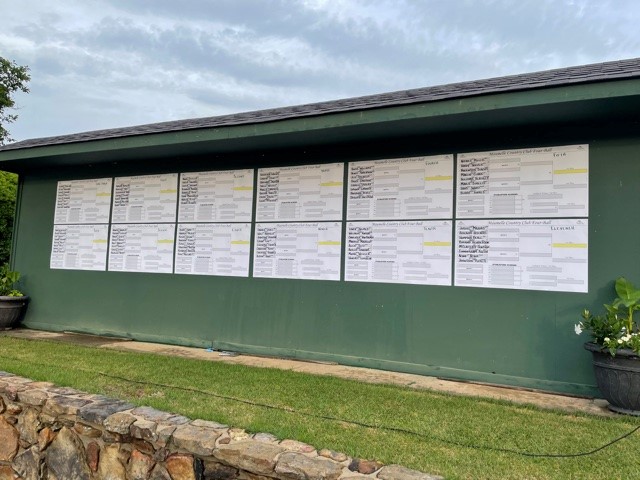 A match in which two play their better ball against the better ball or two other players.  Flights and seeds are determined by using a percentage of the team's combined handicap.  No handicaps will be used in the competition. The Four-Ball Committee reserves the right to set all flights.

Teams that wish to declare for the Championship Flight must do so on entry form. In the case of more than eight teams declaring there will be a qualifying round before the tournament.

Upon the completion of 18-holes in a match if the teams are tied they will go into sudden death and both scores will be combined to determine the winner of the hole.

After Round 2 Matches are completed teams with a record of 1-1 will compete in a Four-Ball Stroke Play Stableford Points Competition for 3rd Place (Prize Money/Calcutta) in their flight.

Playoff: In the event of a tie after 18 holes the teams tied with the most points will go into a sudden death playoff where each players score/point will count.